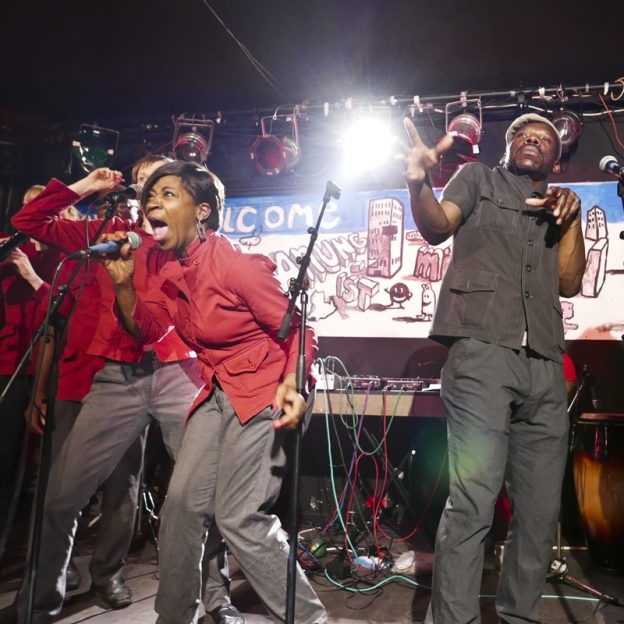 An evening of uneasy listening with LaToya Oloruntoyin Manly-Spain, performing and sharing from her experiences as an advocate on immigration and asylum issues.

This is an invitation to listen deeply and reflect.

– Migrant struggles and the crisis of “Europe”

– art as a weapon of resistance in the fight against inequality

vocal and spoken-word artist and founding member of ARRiVATi, a collective POC of artist-activist-organisers. Together with Schwabingrad Ballett, they formed a united force and recently developed the series “Beyond Welcome!” with interventions in front of a refugee reception camp and at the Hamburg Rathaus and an LP/CD under the same title