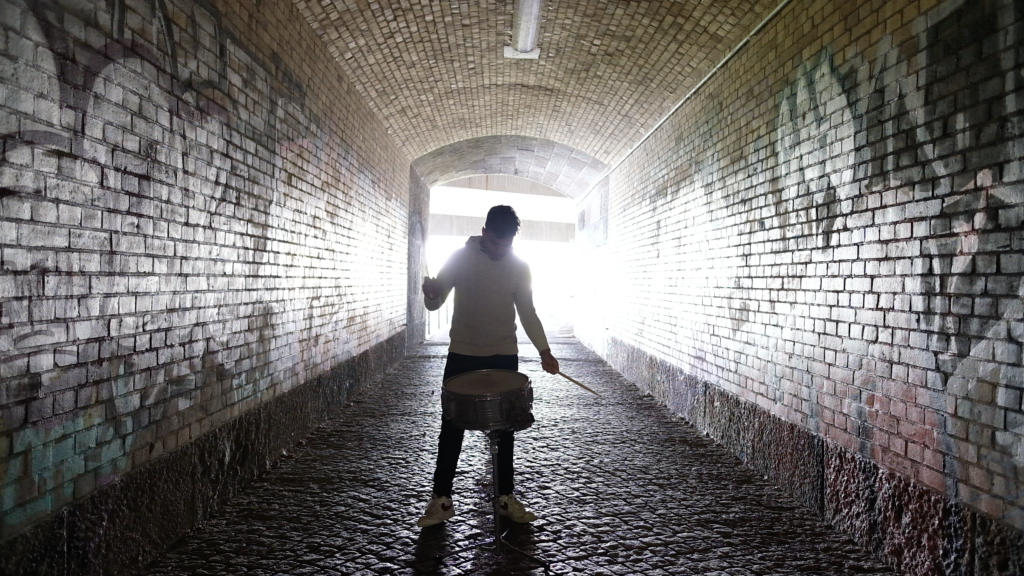 Hyper-cultural and familial similarities
The following project considerations take place against the backdrop of global populism took place. An attempt is made in the field of art, in the philosophical debate with and through artists, to develop a perspective that asserts culture and art as an open and emancipated space of political and aesthetic participation.

“I am convinced that art and culture are an indispensable basis
Society in a democratic and peaceful coexistence.
The more creative society is, the more able it is to stand up and
survive with it. (…) If I only give one more lecture
should be in my life, then this would be a plea to find out more
to get involved in the open society not only in elections but
to defend even in elections. “
From Martin Roth, contradiction, 2017 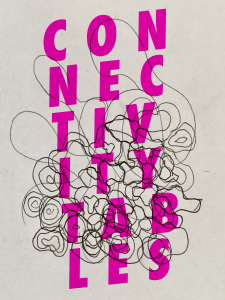 Artists and their families from Wilhelmsburg and Veddel meet artists from the USA and their family stories. In process-like cooperation, spaces of exchange and culturality are negotiated real and symbolically. The actors look for content-related closeness and distance and design new conversions of artistic positions that are not
Describes culture as a monolithic identity.

It is not differences and similarities that are discussed, but the possibilities of being able to read and recognize the individual aesthetic locations. Connectivity Tables would like possible spaces for action with interdisciplinary forms of expression
Mark out – build connecting parts of tables and layout divided tablecloths together.

If possible, the project will be brought to the USA and pursued further. The first positive discussions on this were already held with partners in the USA and with the Goethe Institutes in Chicago, New York, and Washington in October 2018
instead of.

“Instead of describing the diversity of cultures as difference, we should approach it using the concept of distance; we should not understand it in terms of identity but in terms of a resource and fertility. This is not a question of semantic hair-splitting, but of introducing a divergence – we can here
already use the term distance – this allows that
To realign the debate, to leave the beaten track and start over on a more solid basis on Weiner ”.
François Julien, “There is no such thing as a cultural identity”

The word connectivity: English for connectivity > state of being connected> telecom: the ability to make a connection between two or
more points in a network> mathematics: a measure of a number of ways that points are connected to each other. Let us imagine social, economic, and cultural togetherness as space – real and symbolic. The room is public and private at the same time. Stands in the room a large table with numerous different chairs around it. See on the table we a tablecloth. It’s cut up.
The cut tablecloth as a metaphor goes back to early medieval divorce rituals.
In the separation ceremony, the wife and husband wore a linen cloth
for the hand that was cut. A similar picture of divergence can be seen in politics, economy, and culture. Opinions, Interests radicalize and drift away. Discourses become impossible there basic agreements and values ​​are ignored. 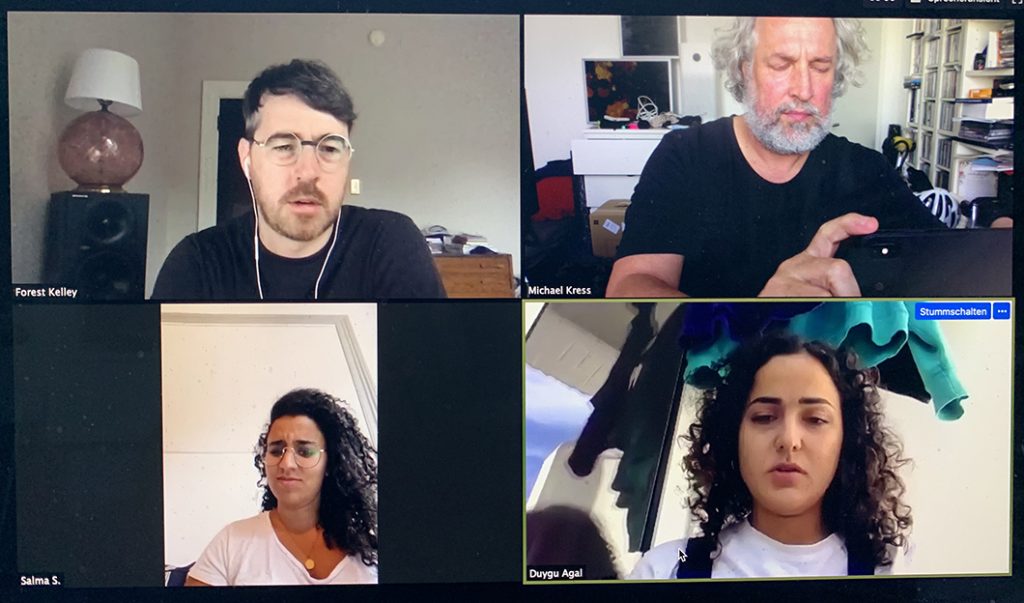 Now the rule is: Fake is a fact – anger instead of reason. Uncontrolled, indiscriminate antitheses race towards each other. Find dialectic debates with a thesis, antithesis, and synthesis hardly took place. They are fundamental to the constructive dispute. In an increasingly pluralistic society, we see the phenomena of Globalization and hyperculture, on the one hand, essentialism, and populism on the other side. Controversial positions are brought up here. In these unmediated Discourses of mediation become the simultaneity of cultural identities impossible per se.

Picture: “While we had our first video meeting”, drawing on paper, Michael Kress, 2020, VG Bild Kunst