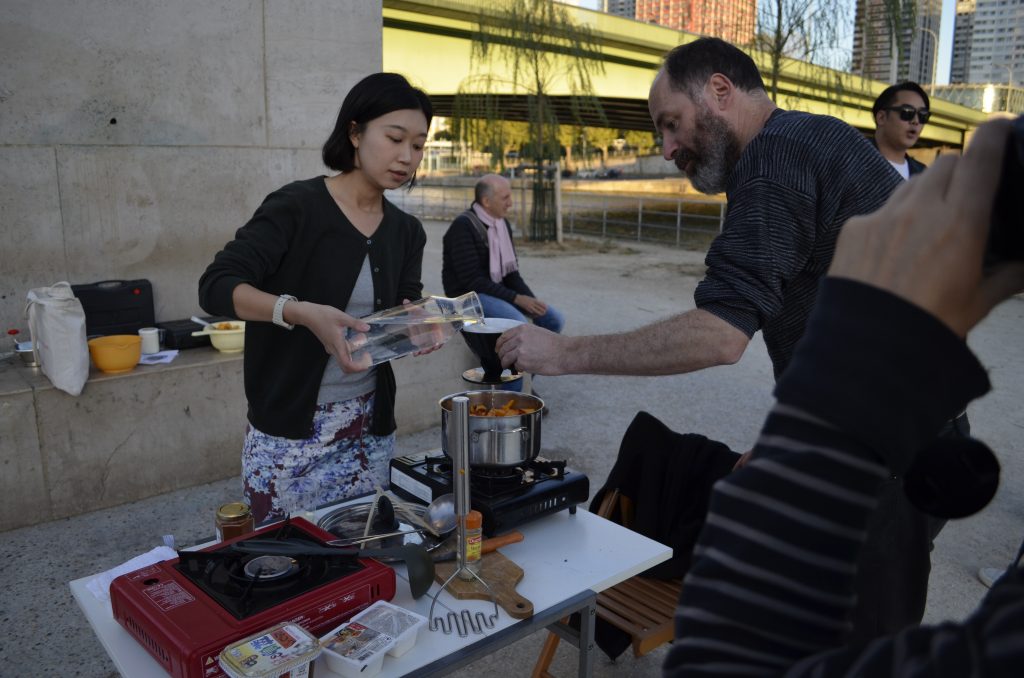 The project is tasting river water as soups. Familiar soups, like miso soup for Japanese people, were cooked in the river water. Then, the soups were shared with the people. This project is practiced as a video work, workshop and guerrilla performance in the city. Soup was started in South Korea as a video work at Seoul in 2011. This open-source project has practiced in Taiwan, Australia and France. 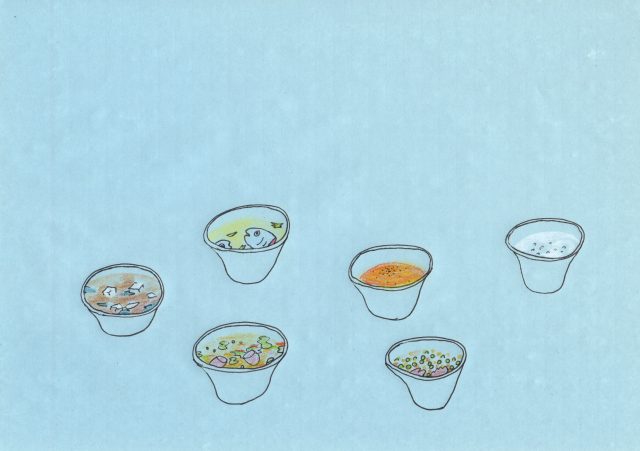 In this project, the soups appeared as identities of each culture. Almost every culture has soups. Through sitting around a table and sharing the soups, the project proposes to share the cultures and the issues on the dirty river water in the city.

All rivers are connected to the ocean. We all share the ocean with all creatures on earth. The human life, various cultures, histories and also battles began in waterside, and our ancestors lived a simple way of life when people didn’t have any borders of countries. 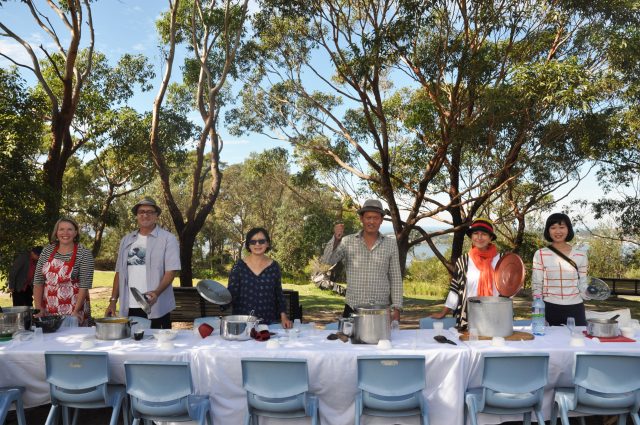 Born in Japan in 1985, Miku Sato is studying at Graduate School of Film and New Media, Tokyo University of the Arts in Japan.

Relationship of intervals and spaces which exist between public and private, or activeness and passiveness of arts are the concepts of her practice.

She explores new perspective of the world through workshops of open-source ideas, and people’s participatory actions, using our daily necessaries and housework in unusual way. 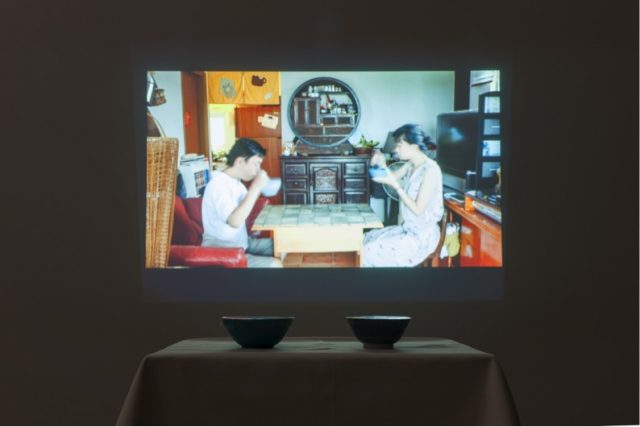 Here she aims to share her experiences and make new discoveries through her interactions with other people. As a result, her projects are often available for the public to view as both installation and video work.

2017- Graduate School of Film and New Media, Tokyo University of the Arts, Japan

2017 ‘Not the Yellow Submarines‘ at Maebashi Film Festival (Gunma / JP)

With friendly support of Elbkulturfonds Hamburg / 2016-17