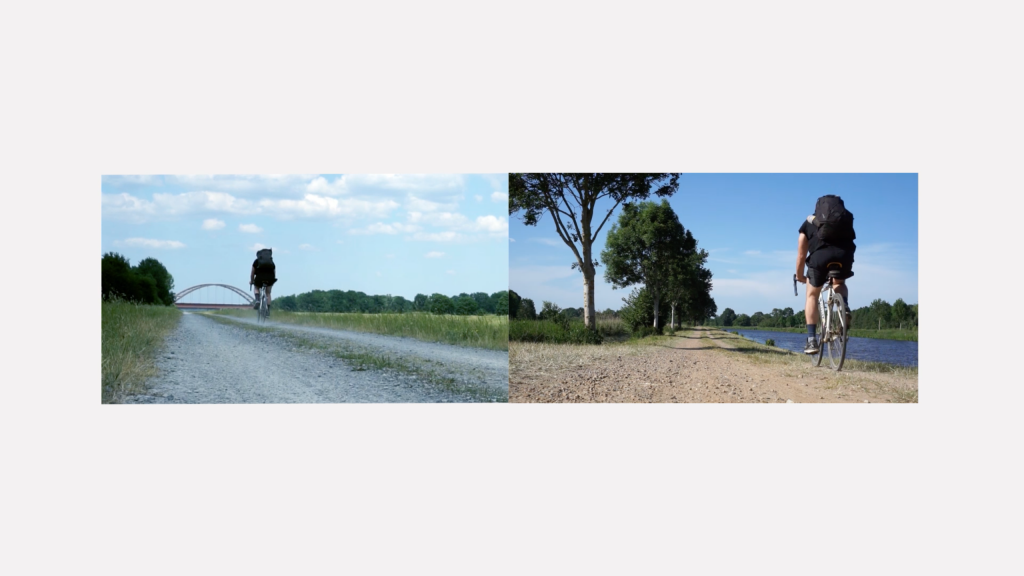 Natural frontiers and leaving the image . . .

SOL is an ongoing series of conversational works concerned with sharing transitory states of reflection, being, and time. Initially, comprised of small groups as they set out to wander atop primitive trade routes and conceptually probe forms of connectivity—from the hinterlands to their modern urban counterparts.

Projects resulting in interviews, performances, video and locational installations are thought of as starting points to question the fundamental nature of our spatial literacies. Including, studying issues of socio-environmental solidarity and reimaging logistical channels as occupied behavioral frameworks. In turn, challenging one’s understanding of the self as mediated via physical and imagistic false-agreements. Whereby once identified, both networks and knowledge economies alike might offer themselves as sites for new expeditions inward.

From Lüneburg to Lübeck (Germany) the medieval Old Salt Route was explored by three riders spanning three days. From Groningen to Coevorden (Netherlands) the prehistoric De Hondsrug was traveled by foot. Initially, discussing the role of the self as a viable commodity in passage, conversations quickly turned towards collective awareness— expressed as futility for inserting oneself as an intentional subject within a pictorial (symbolic) landscape:

In motion as a subject, how long are you able to attach yourself to the center of meaning? As a rider, you are working to sustain the memory of the frame you have entered and at the same time pedaling to break it. Understanding the horizon of picture as a reoccurring and continually redefining point on a sphere … experienced in space and time … you exit foreground, middle ground, and background only to become anew through constantly diminishing your presence.

Three riders act to continually leave the image, three hikers do same— what exactly of the self do they carry or express triumph for or over? Are they acting against, working to define themselves in opposition to trade by expressing uselessness?

There is an inability to resolve what they measure vs. experience in perspectival space— projections, tools, and materials become illusive as locational and cartographic certainties. The image becomes confused with reliability, a bargain at each turn to trade one’s understanding akin to a narrative understanding of place. Drawings stop at points to record similar instances, albeit line and marking form an abstraction of global positioning atop surface perhaps more obviously.”

Artist in Residence – A Port Journey Exchange with Athens/Gorgia and San Diego, USA

With friendly support of the Hamburg Elbkulturfonds